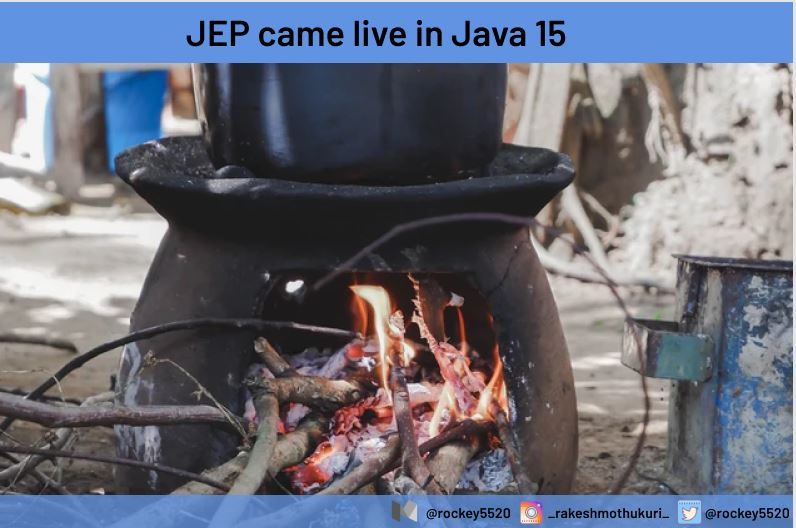 Java 15 which came into General availability brought a very good set of 14 features. Out of those 14 features, few are addition to and few are removed/disabled from current java eco-system. Here are the list of features added

In this blog we will go through a little bit about what these new features are, how they can be used using few code snippets.

Code snippet To generate key pair and sign the same

Primary objective of Sealed classes is to create a way for Java to support algebraic data types .

When we look at Java class hierarchy which enables re use of code by inheritance but Author of Sealed Classes Brian Goetz says however its not always for the purpose of code re-use but also to model various possibilities that exists in a domain.

“A sealed class or interface can be extended or implemented only by those classes and interfaces permitted to do so” -https://openjdk.java.net/jeps/360

In the above code snippet class Shape is marked as sealed class by applying the modifier sealed to its declaration and permits clause specifies the classes allowed to extend the sealed class. Here only Circle, Rectange and Square can extend the Shape class.

Main purpose of sealing a class is to let client code reason about all permitted subclasses. Traditionally way to reason about subclasses is with an if-else chain of instanceof Example :

Using the permits clause and letting compiler know allowed classes can extend a sealed class along with pattern matching, Instead of inspecting an instance of a sealed class with if-else, client code will be able to use switch over using the JEP 375 test patterns. This allows compiler to check that the patterns are exhaustive

Hidden classes are for JVM and not aimed to change java language in any way. Hidden classes intention mainly aimed for the frameworks that generates classes at run time and use them via Reflection.

A hidden class can be unloaded when it is no longer reachable, or it can share the lifetime of a class loader so that it is unloaded only when the class loader is garbage collected.

Important difference in how a hidden class is created is the name it gets on creation. A hidden class is not anonymous. Name of the class can be fetched via Class::getName and name has a sufficiently unusual form that it effectively makes the class invisible to all other classes. The name is the concatenation of:

This feature reimplements java.net.DatagramSocket and java.net.MulticastSocket APIs as their implementation dates back to JDK 1.0 which has a mix of both Java and C that was difficult to maintain for the authors. Authors idea is these new implementation will adapt well to work with virtual threads ( this is explored as Project loom). These reimplementation are enabled by default providing non-interruptible behaviour for datagram and multicast sockets by directly using the platform-default implementation of the selector provider (sun.nio.ch.SelectorProviderImpl and sun.nio.ch.DatagramChannelImpl)

This is an enhancement in the Java programming language with pattern matching for the instanceof operator. Pattern matching allows common logic in a program, namely the conditional extraction of components from objects, to be expressed more concisely and safely.

Main driving factor behind this Nearly every program has a sort of logic that combines testing if an expression has a certain type or structure, and then conditionally extracting components of its state for further processing.

Three things happening here so we can use the string value:

It is tedious; doing both the type test and cast should be unnecessary. But most importantly, the repetition provides opportunities for errors to creep unnoticed into programs. To simplify above code using patterns first we need to see what a pattern is “A pattern is a combination of (1) a predicate that can be applied to a target, and (2) a set of binding variables that are extracted from the target only if the predicate successfully applies to it.”

Above code now can be written as

Example: simplifying the above code (Scope of s is restricted to if block)

if obj is an instance of String, then it is cast to String and assigned to the binding variable s. The binding variable is in scope in the true block of the if statement, and not in the false block of the if statement but this scope of the variable is dependent on the by the semantics of the containing expressions and statements. For example, in this code below will extend scope of s to else block as well depending on the condition evaluation

Example: (Scope of s is extended to else block)

This JEP essentially changes the Z Garabage collector from an experimental feature to a product feature. With the positive feedback received from community on this JEP when introduced in Java 11 JDK authors added a number of features and enhancements. Which are

ZGC is enabled by setting

This JEP will allow to add text blocks to the Java language. A text block is a multi-line string literal that avoids the necessity of escape sequences and automatically formats the string in a predictable way. Not only that but also addition of new methods to string to support text blocks

Using a “two-dimensional” block of text

Using a “two-dimensional” block of text

To enable this Garbage collection command to use is java -XX:+UseShenandoahGC

Remove the Solaris and SPARC Ports

This feature will Introduce an API to allow Java programs to safely and efficiently access foreign memory outside of the Java heap.

But when accessing foreign memory, there is a dilemma: if one should they choose a safe but limited (and possibly less efficient) path, such as the ByteBuffer API, or should they abandon safety guarantees and embrace the dangerous and unsupported Unsafe API so this JEP aimed to provide solution for safe, supported, and efficient API for foreign memory access by introducing three main abstractions: MemorySegment, MemoryAddress, and MemoryLayout:

Records are first introduced in Java 14 and this is a JEP introduced feature to support sealed types, local records, annotation on records. Records are classes that act as transparent carriers for immutable data. Records can be thought of as nominal tuples.

Main motivation for records feature is based on the complaint that “Java is too verbose” or has “too much ceremony” .Classes that are nothing more than immutable data carriers for a handful of values can be taken as a good example to demonstrate this, Properly writing a data-carrier class involves a lot of low-value, repetitive, error-prone code: constructors, accessors, equals, hashCode, toString, etc

Omitting some methods such as equals leads to wrong behaviour during comparison of objects and difficult to debug.

record specifies a name, a header, and a body. The header lists the components of the record, which are the variables that make up its state

Header is x and y

The combination of records and sealed types is sometimes referred to as algebraic data types.

Since Distributed systems have been based on web technology for a very long time. Concerns about traversing firewalls, filtering requests, authentication, and security have all been addressed in the web services space. Lazy instantiation of resources is handled by load balancers, orchestration, and containers. None of these mechanisms is present in the RMI Activation model for distributed systems and Java team found no evidence of any new applications being written to use RMI Activation.

This is a legacy synchronization optimization of biased locking, which is costly to maintain hence JDK teams are disabling it by default.

Legacy collection API’s such as Hashtable and Vector made use of these performance gains but in the current trend most newer applications generally use the non-synchronized collections such as HashMap and ArrayList or even more-performant concurrent data structures, introduced in Java 5, for multi-threaded scenarios

With this JEP, biased locking will no longer be enabled when HotSpot is started unless -XX:+UseBiasedLocking is set on the command line.

This is removal from the Java and it should not affect the way javax.scriptAPI 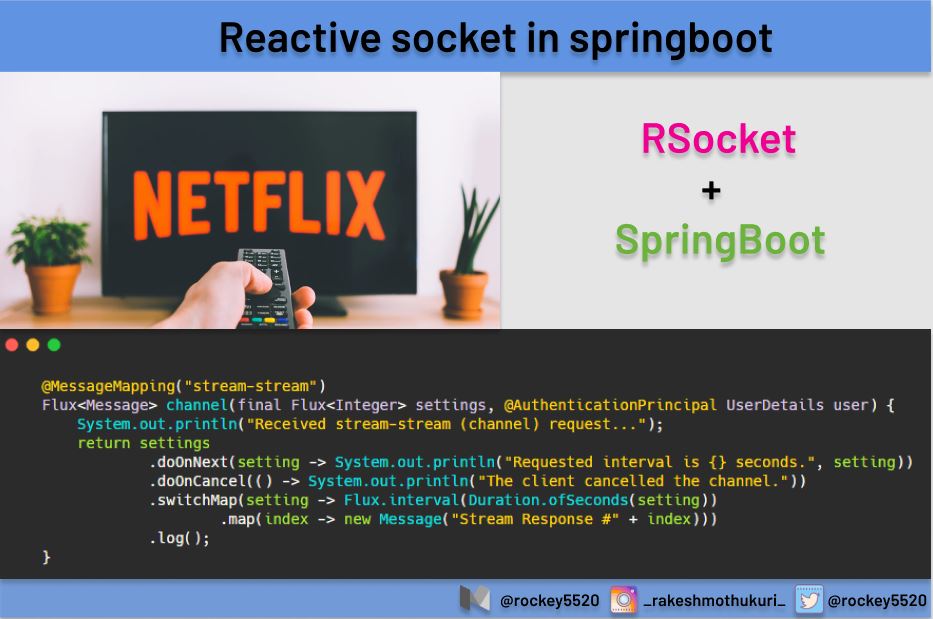 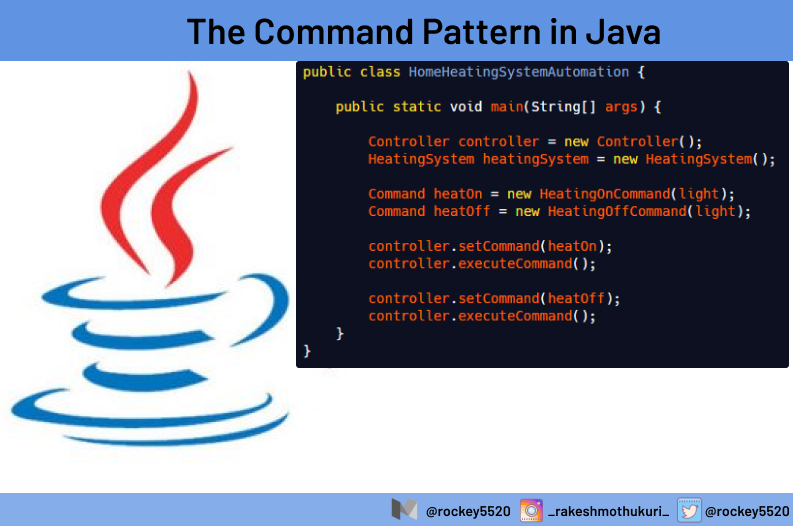 The Command Pattern in Java 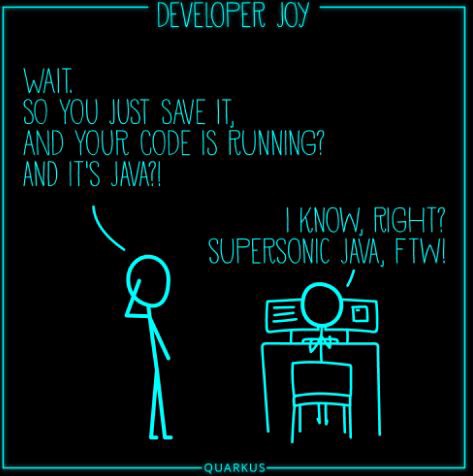